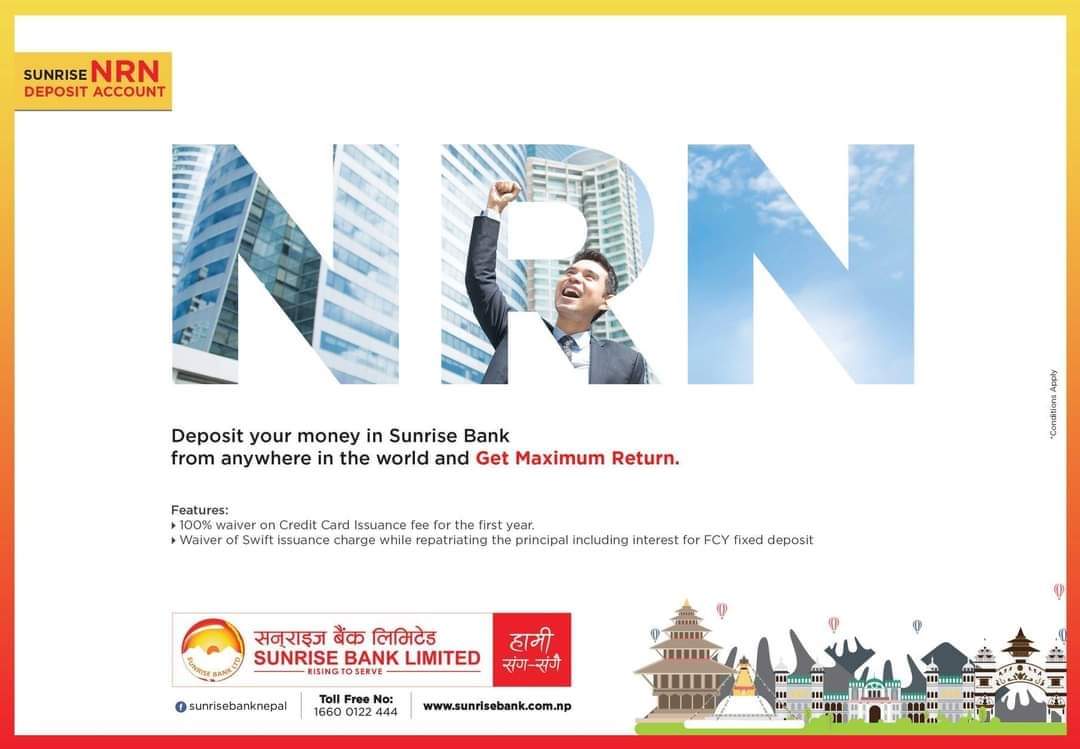 50% waiver on annual Locker charge for first year subject to availability of locker.

Waiver of 25 basis points on processing fee on home loan and auto loan to accountholder and his/her immediate family members. (Spouse, parents and children of account holder) as per Bank’s Policy.

Waiver of SWIFT issuance charge while repatriating the principal including interest.

Free Internet Banking and Mobile Banking for first year. However, to avoid missuse of fund debit restriction should be implemented.

Fund shall be received through proper banking channel and no cash deposit shall be acceptable.

Funds shall be repatriated through proper banking channel with same country/same person and same currency. However, fund can be withdrawn and/or transferred in Nepalese currency too for individuals only.

Online account opening as well as online KYC submission shall be allowed for the purpose.

Please fill in the information below and we will contact you soon.

We are here to listen to your voice.

How can we help?